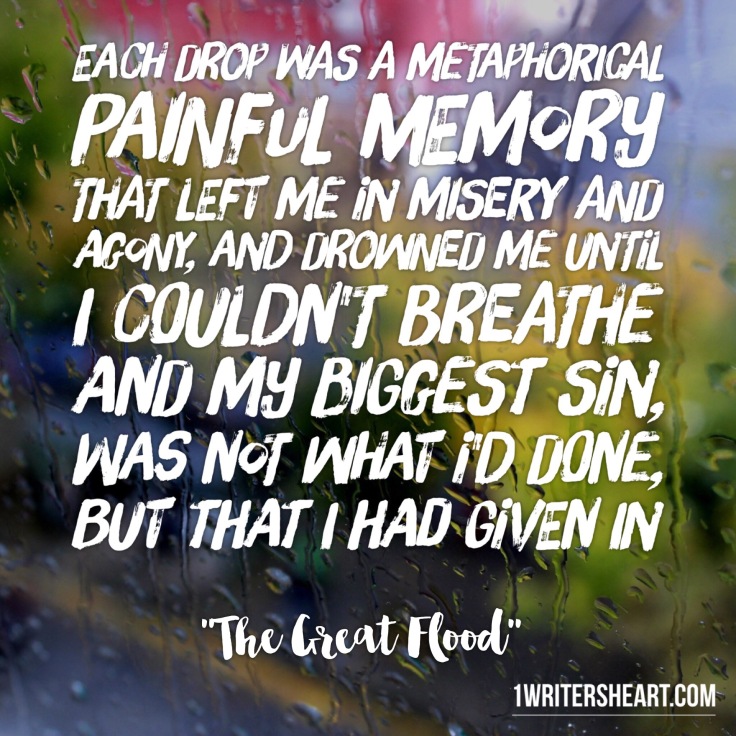 It all started with a drop

Seemingly irrelevant, lack of significance, no meaning or importance

Until there was a light drizzle, but I didn’t worry

Too aware of the rain, I didn’t notice the gathering on the floor

They joined together creating currents and now the flood had begun

But it all started with a drop
Endless rain, rising water levels, swept away by the current

I held my breath, held on for dear life, held on to my last bit of courage

Carried away by a gathering of drops
Bumped and banged into foreign objects, swept by the water like a daily chore

I cried and implored, but could not compete with the water’s raging roar

I couldn’t fight anymore, and decided to explore, beneath the surface closer to the floor

That left me in misery and agony, and drowned me until I couldn’t breathe

And my biggest sin,

was not what I’d done, but that I had given in
The thing about drowning is that everything slows down

from where my help cometh from

Decided against my demise

But I quickly dry it up like a mop

No more great floods, like the one in my past

The one that started with a drop