Fight for the ❤️ 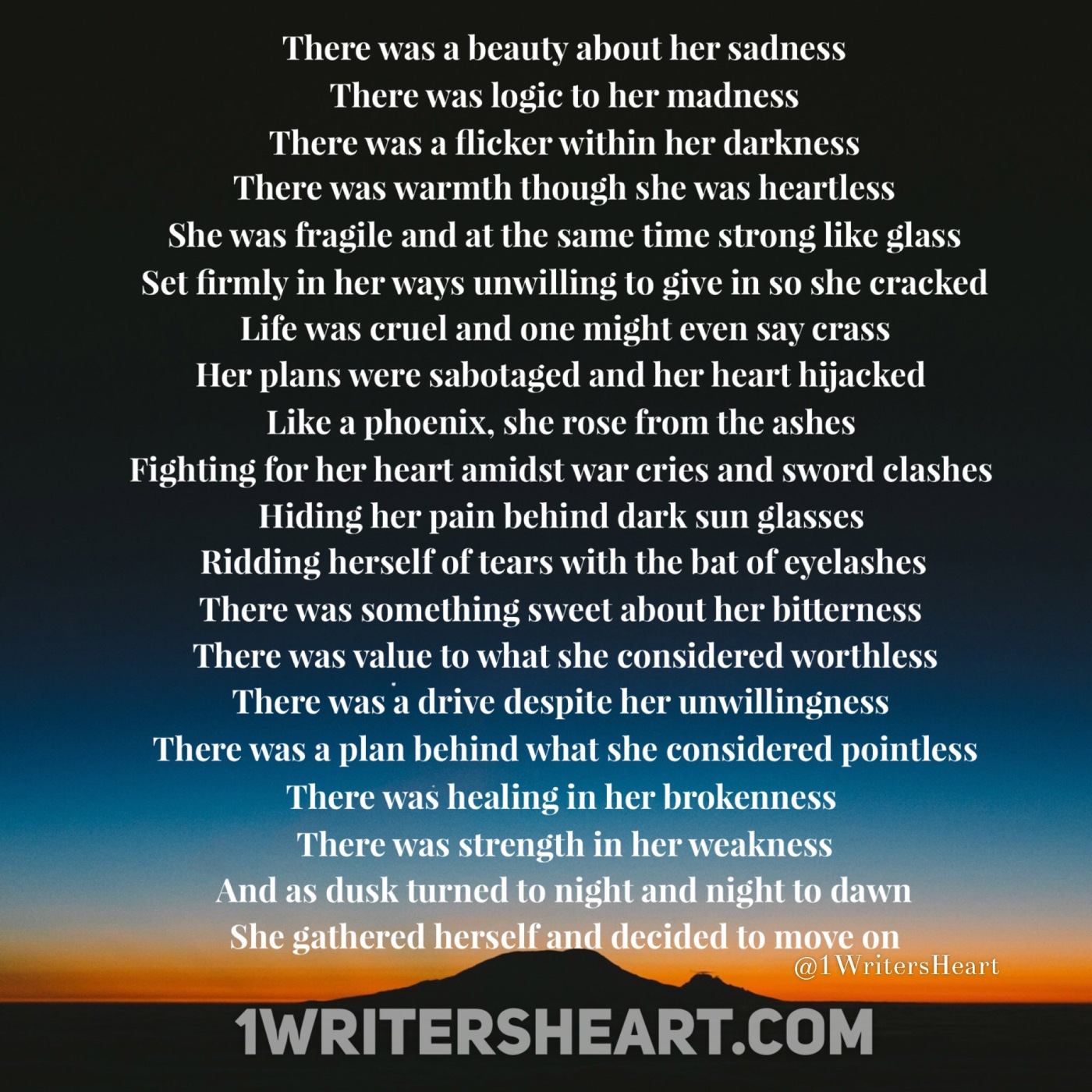 “Fight For The Heart”

Like a phoenix, she rose from the ashes
Fighting for her heart amidst war cries and sword clashes
Hiding her pain behind dark sun glasses
Ridding herself of tears with the bat of eyelashes

And as dusk turned to night and night to dawn
She gathered herself and decided to move on.

One thought on “Fight for the ❤️ ”